It is no surprise that Bathurst is a growing wine region. It’s cold there!

When it comes to NSW wines, fewer people recognise Bathurst as a notable wine region. Indeed, when we say Bathurst, the first thing to pop in our minds is race cars and perhaps hot air ballooning.

But thanks to a recent wine tasting, we think that needs to change. Australia, allow us to share with you the wonderful wineries of this region and what makes Bathurst wine so special.

We spoke with the father and son of Renzaglia Wines, Mark and Sam Renzaglia, about the unique region, the current trends and the future of this growing area.

The uniqueness of Bathurst when it comes to wine falls on a number of things, Mark Renzaglia says.

“There wouldn’t be many other areas in Australia that would be that continental and still grow grapes.”

He also notes that most of the soils in the region are old granitic-based soils, where fertility is hard to muster from.

“We’re such a young region,” he continues. “It will probably take another 50 years to really figure it out. We’re having a lot of luck with some of the standard varietals like Chardonnay and Shiraz. And then maybe to a lesser extent; Cabernet, Reisling.

“In the cooler sides, we’re having some good luck with Reisling. And then some of the alternative varietals are showing good promise; varieties like Sangiovese, Pinot Gris/Grigio and Spanish varieties like Tempranillo.

“We believe Tempranillo has a good future. At this stage, we’re still kind of experimenting and exploring and learning, really.”

Mark’s passion for wine is the culmination of years working in the industry. It was in 1987 when he first visited Bathurst, moving from Illinois in the US to be with his wife Sandy. Eight years later, they bought a small property in the village of O’Connell, 20km south-east of Bathurst town centre.

Then two years after they planted their first grapes; Chardonnay, Cabernet Sauvignon and Merlot. It started as a hobby, while Mark worked full-time as a viticulturist/winemaker for Winburndale Wines. And now he dedicates his life to Renzaglia Wines.

The one thing he loves about the region is how specialised and somewhat secretive it is.

“We will always be small,” he says. “And hopefully, that will be what makes us unique.”

“The reason we will always be small is because I just don’t believe there is enough suitable land for larger business and larger operations to come in.”

Mark believes the only way the region will survive is to be pushing towards the premium section of the Australian wine market.

“We really have to focus on top-quality wines, and that’s working for us quite well,” he says. “We’re focusing on the top end of the restaurants, especially in Sydney, and we’ve had some luck with that. We’re just hoping to encourage some others to follow us.”

Market trends and the future

“The main focus for people is in the classics like Shiraz, Chardonnay, Sauvignon Blanc, Pinot Gris and Cabernet,” Sam says. “The challenge for me is that – especially the Chardonnay and Cabernet – as much as we love making them and people love them out here, they’re not necessarily the best thing to grow out here because they need a lot of water.

Climate change is making a big impact in all areas of farming in NSW. Winemaking is no different.

“It’s not going to get any better any time soon from a climate change point of view,” Sam says, “so we need to make decisions that will allow us to be more reserved.”

“Hopefully the market starts to demand more things like some interesting southern Rome varietals like Tinto or Grenache or Tempranillo and Sangiovese, some of those Mediterranean varietals that grow in the Arab regions. We’re seeing some growth in those markets.” 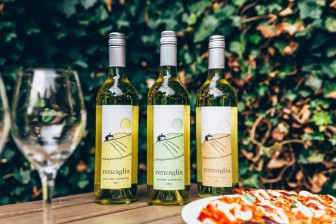 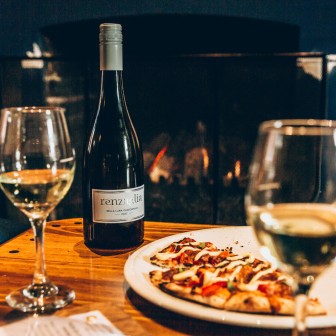 Sam says there’s a tension between what’s gonna work, what the market wants and what they want, with their ultimate goal being to optimise those three things.

“It’s an intergenerational pursuit,” he states.

But Sam is hopeful that the market will change, and he’s already seeing it in Sydney.

“We’re starting to see a lot of growth in things like Sangiovese and Tempranillo and Grenache,” says Sam. “Fundamentally, I think what we’re seeing is people are letting their barriers down a little bit and being open to try new things.”

“In Sydney and all over the world we’re seeing more conscious consumption.” 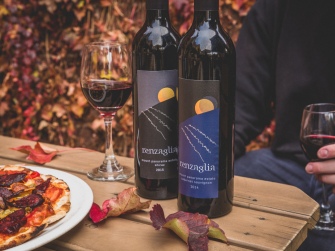 But, in regards to the developing state of the Bathurst wine region, Sam doesn’t agree with his father’s statement about Bathurst remaining small. He believes there’s a lot of potential in the region.

“It’s a social constraint more than anything,” says Sam. “I think the only way it’s gonna happen (Bathurst wine region getting bigger) is that people start to have some big successes and start to see there’s value in the land out here.”

“For now, it doesn’t look like that’s gonna happen, but I’ve had people express interest in buying property around here. We get a lot of people wanting to own a vineyard, but career grape grower winemakers are another story.”

“That’s what establishes a region.”

Sam holds plenty of hope in the Bathurst wine region, stating that the unique, novel and beautiful lands are a potential drawcard for future winemakers. His only wish is that the Australian market steps out of its comfort zone.

“As people start to become more adventurous and less set in their ways, absolutely hunting for that experience that noone else has had, we could establish ourselves as long as we give them a good experience on the back of that.”

Some things in life require a straight-up answer. And who better to give it than a sassy gay guy?